A woman named Kokila lived in a city with her husband Maheshbhai. Both of them had love for each other. But Maheshbhai’s nature was quarrelsome. He did not have sense of speaking. Neighbours were fed of Maheshbhai’s such nature, but Kokila was religious woman. She had immense faith in God and she suffered everything without uttering a single word. Gradually her husband’s business declined and the earnings were also negligible. Now Maheshbhai did not go anywhere and stayed back at home. Moreover he was drawn to wrong path. Now his quarrelsome nature increased two fold. It was afternoon time. An old man came and stood in front of the house of Kokila. He had a strange glow on his face. He demanded dal-chaval (lentil-rice). Kokila gave to the old man what he demanded and folded her hands before him. The old man said May Sai bless you with happiness. Kokila said there is no happiness in my fate and narrated everything about her unhappy life to the old man. The old man explained the Vrat for 9 Thursdays. The vrat can be done by eating fruits or by taking lunch or dinner. If possible go to Sai Temple or otherwise worship Sai Baba at home for 9 Thursdays, observe fast and donate food to the hungry people and distribute 5, 11 and 21 Sai Vrat Books according to your economic condition.
If you increase the importance of this Sai Vrat, Sai Baba will fulfill all your desires. But you must have deep faith in Sai Baba and have patience in your mind. If anybody does this Vrat and duly performs its concluding ceremony, Sai Baba fulfills his/her desires.
Kokila did the Vrat for 9 Thursdays, distributed Sai Vrat books and fed the poor on 9th Thursday. Now all the quarrels in her home had disappeared. There was complete happiness as Maheshbhai’s nature had changed. His business now came back on track. In a short period, their economic condition also improved and everything became fine. Both husband and wife started living their life happily. One day Kokila’s brother-in-law and his wife came to their home from Surat. Casually talking they told Kokila that their children do not study well. They have failed in exams. Kokila told them about the importance of Sai Baba puja Vrat for 9 Thursdays and said that by worshipping by Sai Baba their children would be able to study well. But for that you must have deep faith in Sai Baba. Sai Baba helps everybody.

She explained the procedure for the vrat which is as follows:
* This vrat can be done by eating fruits or by taking lunch or dinner.
* If possible go to Sai Baba temple for all 9 Thursdays.
* Any woman, man or child can do this vrat. Worship of Sai Baba photograph must be done for 9 Thursday.
* Offer flowers, light incense sticks and lamp, chant Arti and remember Sai Baba’s name and distribute prasad.
* On 9th Thursday feed poor people.
* On 9th Thursday distribute Sai Baba Vrat Books among family members and friends.
After few days Kokila received a letter from her brother-in-law’s wife that her children does Sai Vrat and have started studying hard. She herself did Sai Baba Vrat and distributed the books in her husband’s office. She added that due to Sai Baba Vrat her friend’s daughter’s marriage was fixed in a very nice family. Moreover her neighbour’s ornament box was lost somewhere. As a result of Sai Baba Vrat someone came and returned the box after two months. In this way such miracles happened. Now Kokila came to know that Sai Baba is really very great. O Sai Baba please shower Your blessings on us as You have showered on others. 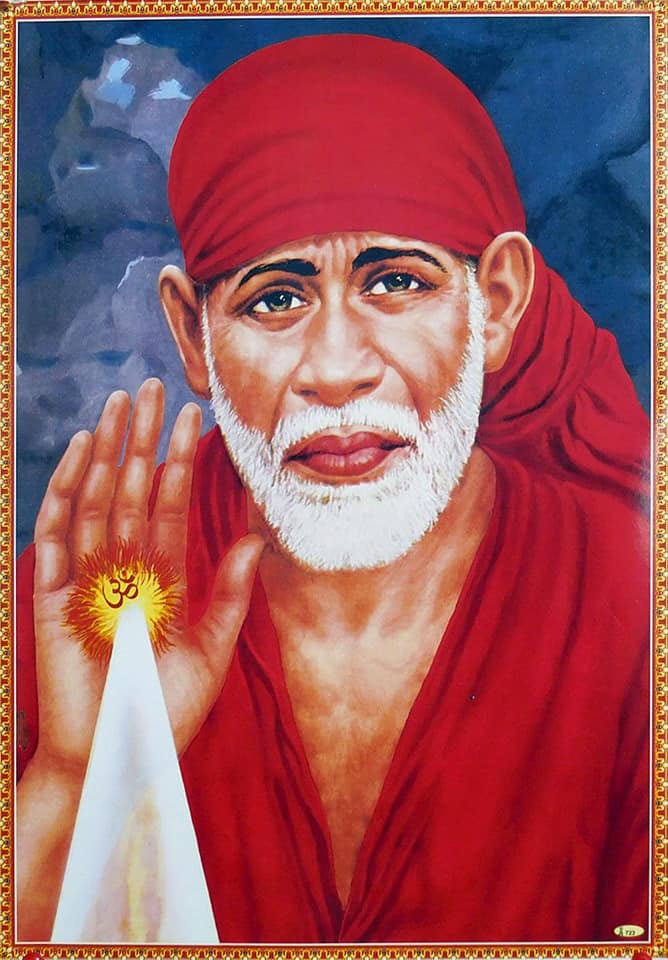