There are many stories on Krishna and Radha, here are a few.

This is the story is about how Krishna Bhagwan held up Govardhan Hill for the protection of the residents in Vrindavan.

Lord Krishna lifted the Govardhan Hill to provide shelter to the villagers of Vrindavan from torrential rains. As per the scriptures, the folks of Vrindavan used to offer lavish meals to the God of rain and storm, Lord Indra to ensure that he blesses them with proper rainfall and good harvest. But Child Krishna found the practice to be too harsh for the small-time farmers, and he convinced them to discontinue making these offerings to Lord Indra and instead feed their families. This enraged Lord Indra, who sent down rain and thunderstorm out of anger in Vrindawan. The rains continued for days. The village folk were afraid and they approached Krishna for help who then asked everyone to proceed to the Govardhan hill. When they arrived, Lord Krishna lifted the entire hill with his little finger, people trickled under the hill to take shelter from the storm. Krishna was there for seven days, held the mountain for 7 days on his little finger. Finally, Indra had to bow to the might of Krishna and stop the rains. After this episode, women of Vrindavan cooked 56 dishes for Krishna. It is believed that Krishna took 8 meals in a day. As he had stood there for seven days without any food, the women decided to make up for it with a lavish Chappan bhog (a meal consisting 56 items like halwa, ladoos, mishri and peda). Thus, it came out that God will protect all devotees who take full refuge in him. So, devotees offer a mountain of food, metaphorically representing the Govardhan Hill, to God as a ritual remembrance and to renew their faith in taking refuge in God. 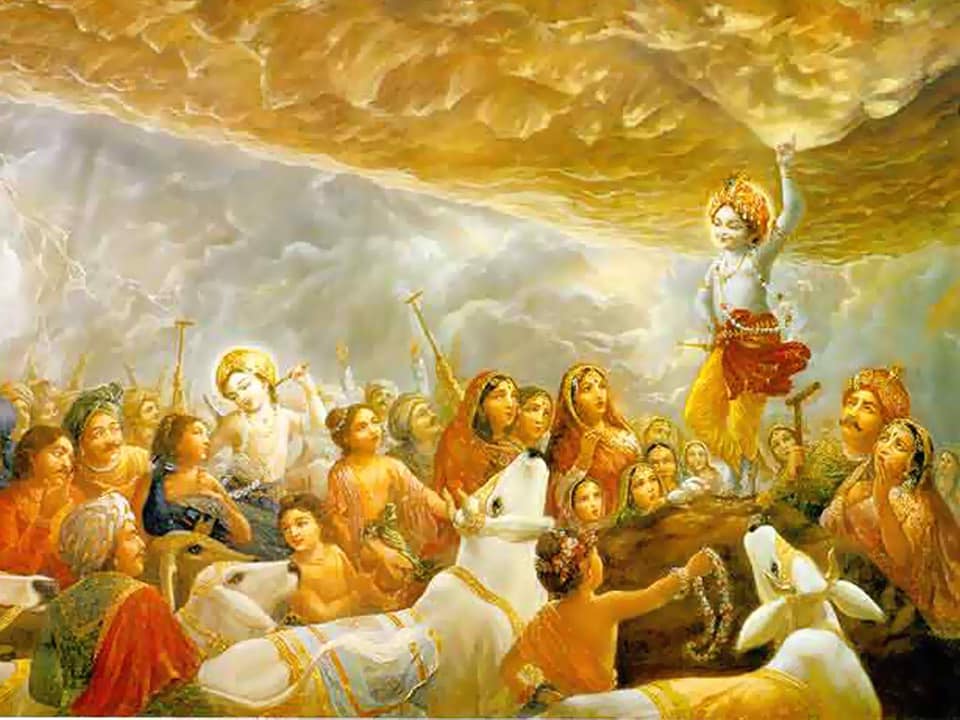 This is the story of the birth of Krishna.

It is believed that the Krishna is the eighth child of his mother, Devaki so, Krishna Janmashtami is celebrated on eighth day. According to the Hindu mythology, the evil king Kansa ruled Mathura. To extend his empire he married his sister with Vasudeva, the Yadu king. After the marriage Kansa decided to shower the newlyweds with lavish gifts because he wants to gain the trust of Vasudeva. But heaven has another plan for them. When he takes the reins of the nuptial chariot a voice from the heaven booms that his evil ways will come to an end by his sister’s 8th child.

The actual celebration of Krishna Janmashtami takes place during the midnight because it is believed that Lord Krishna was born on a dark, stormy and windy night to end the rule of his maternal uncle Kansa. In whole India, it is celebrated with devotional songs, people keep fast whole day, several temples were decorated beautifully dedicated to the life journey of Krishna. Mainly, Janmashtami celebration at Mathura and Vrindavan is very special as he had spent his life there. The image of Krishna in the midnight is bathed in water and milk then he dressed in new clothes and worshipped. Sweets are first offered to the God and then distributes as prasada. 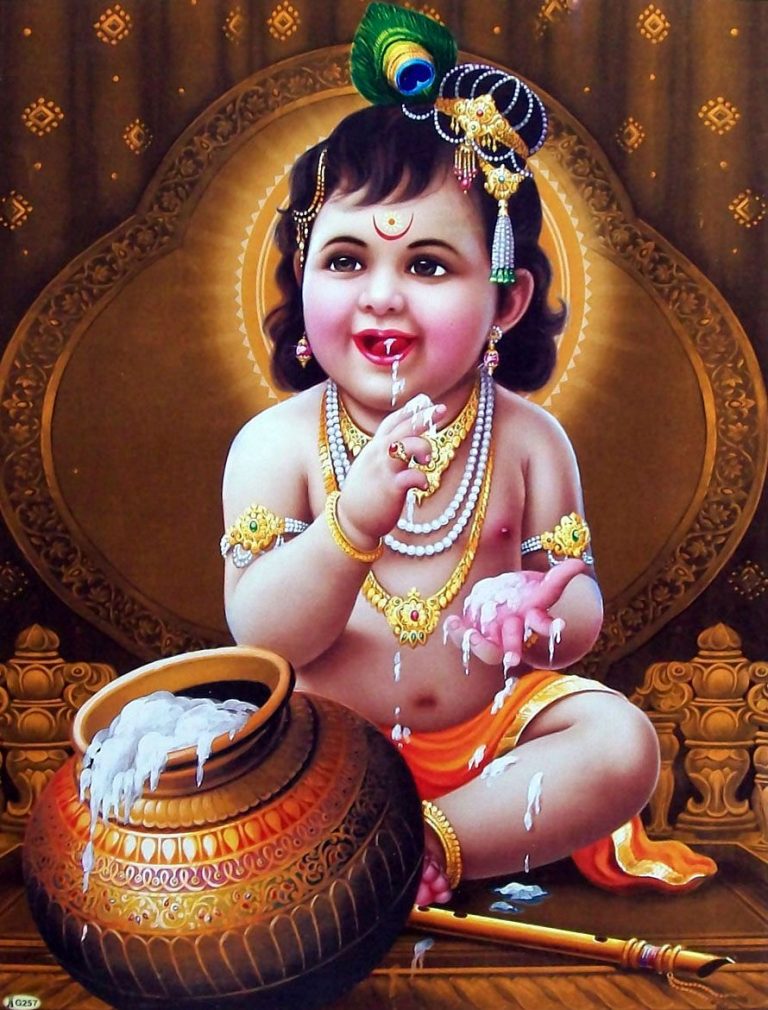