Shree Jalaram Bapa was born in Samvant 1856 (A.D. 1800). His mother’s name was Rajbai and father’s name was Pradhan Thakkar. Pradhan Thakkar and Valji Thakkar were two brothers actively and honestly engaged in business earning their livelihood.It is said that Rajbai, wife of Pradhan Thakkar was religous lady who was very inclined to serve sadhus’ and sants’. A mother of three sons and three daughter’s, she was content in her family life and used to find free time to do her religous duties to sadhus’ and sants’. She was once a host to Sant Raghuveerdasji who was very impressed with her selfless services and had blessed her – his blessings were that her second son would be instrumental in enhancing the services that she was doing – he would be famous all over in advocating pious life, duty full of devotion and act of good deeds. This second son was none other than our Shree Jalaram Bapa.
There was a remarkable incident in early life of this saint person : when he was a child, a saint came to the house and requested to see Jalram; when they came face to face with each other – Jalaram at once greeted the saint with respectful “Namaskar” and it appeared that Jalaram had recollected his previous life, he realised who he was, he was reminded of his goal in life – it is argued that this visiting saint was probably a heavenly messenger – from that day onwards the young Jalaram never stopped chanting “Sita Ram” and he began to live life in a different way.
At a young age of 14 Jalaram’s marraige was arranged with Virbai, a daughter of Thakkar Pragji Somaija. Jalaram was not in favour of marraige, but his duties towards his parents forced him to accept this arranged marraige. He got married when he was 16 years of age.
Jalaram’s love towards sadhus’ and sants’ grew day by day and he would go to any extent to entertain sadhus and sants. This was not acceptable to his father. Jalaram’s deep involvement with sadhus’ and sants’ led to his seperation from his father’s business. He had decided to go his way. He worked for his uncle for some time. Uncle Valjibhai was very fond of Jalaram, but even that love and fondness would not deter Jalaram’s desire to serve sadhus’ and sants’. If at all anything it made more determined to devote himself fully to the service of sadhus’ and sants’ and the needy. He was fully aware that such devotion would mean complete withdrawal from marital life, a life free from family ties and circles. His inclination was to go on that path faster and with approval of his parents and uncle Valjibhai, he set out on a holy pilgrimage of holy places. He was fortunate that Virbaima was keen to follow her husband Jalaram. To her, Jalaram’s work was her work, Jalaram’s wishes were her wishes and all that Jalaram decided to do she was but prepared to do that. She was following Jalaram in every respect.
At the age of 18 he accepted Bhojalram as his Guru and with Gurus’ blessings, he started “Sadavrat” a feeding centre, a place where all sadhus’ and sants’ and the needy can go and expect to be fed 24 hours a day. Both Jalaram Bapa and Virbaima started working for this holy place. Jalaram’s strong belief was that “This was the Lord’s order – This was Lord’s work – I am not doing anything for anybody – Lord has asked me to do this work – since it is Lord’s work HE looks after it and ensures that it functions”. Actually that did happen – indeed the place functioned well. Nobody ever returned from that place without being fed. One can question whether this can possibly be done by a single person – Yes. We argue and debate and yet probably would not come to a sensible answer – but then to do what Jalaram did one has to be a person of Jalaram’s determination, his patience, his love towards others. He was 20 years when his saintliness acquired a great fame. There are stories of how he was put to tests for his qualities of patience, endurence, love towards others, his steadfastness of thinking – he did not change under any pressure – he came out of all those tests successfully. His fame spread and he was regarded and accepted as a saint. People started worshipping him. They came to him for guidance in difficulties, for blessings in real distress and discomfort.
It is said that once he was called out to see an ailing child struct with serious disease. Parents of this child believed that the cure was solely due to Jalaram Bapa’s blessings – Jala was since called Allah.
In another instance a person who was threatened to be imprisoned went to Jalaram for his blessings. This man was not only saved from such imprisonment but he decided to lead a normal honest life then onwards. Jalaram was then onwards addressed as Bapa – Father of all. There are numerous such instances that can be quoted from his books but fact is that his feeding place was open and is still open today in Virpur where people go and are fed. People go to Jalaram Bapa’s places for prayers to him and seek his blessings for their personal griefs, shortcomings and failures and many acquire relief and satisfaction.
Human beings during their span of life always aspire to be rich and acquire wealth – they pray for complete family life – it is such saint as Jalaram Bapa who remain away from such desire and wants. In their lives they always give – even when they are gone they still give to those who ask from them with purity of heart and sincerity of purpose.
In 1934 during terrible famine Jalaram Bapa worked very hard to feed those who were suffering. In 1935 Virbaima died and 1937 Jalaram Bapa died while in prayers.
Such is the story of the life of this Great Saint of Virpur. 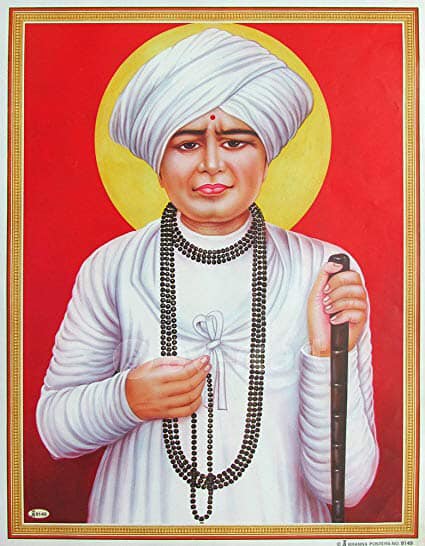 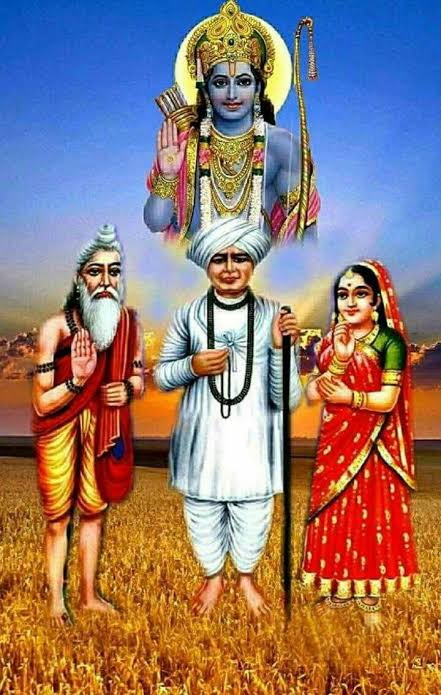