Ganesh is the god who is always worshiped first! All tasks must begin with praying to Ganesh!

But why is that?

Why is Ganpati Bapa the first god to be worshiped when beginning all religious pujas and ceremonies?

At the time of Lord Vishnu and Goddess Laksmi wedding, all the gods were invited except for Ganesha. Vishnu asked him to look after the Swarglok in the absence of everyone. Narad understood the trick of other deities against Ganesha and told him the truth that he was purposely asked to stay back as he is not good looking like other gods.
Ganesha got an angry hearing this and planned to teach everyone a lesson. He asked his Muskaha – the king of mice to ask all the mice to dig a hole under the ground in the route of Vishu’s procession. As soon as the procession came near to the hollow ground, they fell into a deep hole. A farmer came to their rescue and took Ganesha’s name before pulling the procession out. He successfully did it. Gods were stunned by the act and asked him why he chooses to ask for Lord Ganesha’s blessing. The farmer said that Ganesha is the obstacle remover and before starting any big task, he asks his blessing. Gods realized their mistakes and apologized to Ganesha for their deed. Ganesha forgiving them joined the wedding ceremony. That time onwards, Ganesha is supposed to be worshipped before starting any auspicious event. 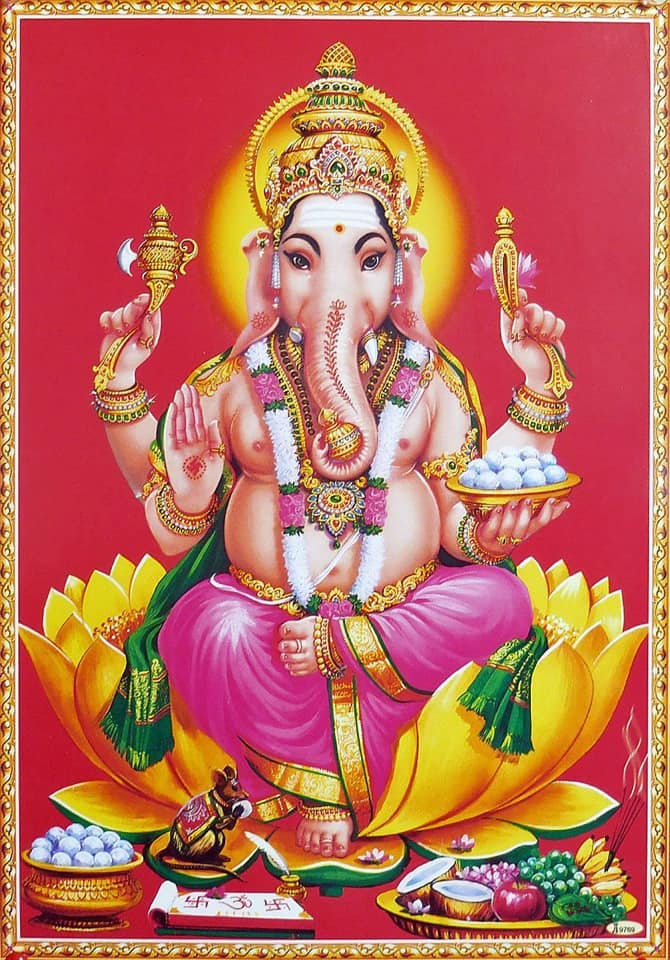